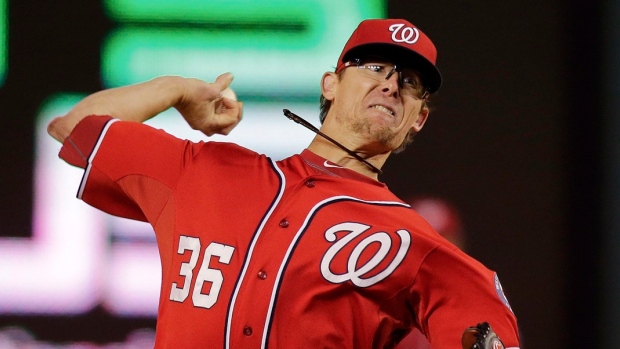 WASHINGTON - Infielder Yunel Escobar is heading to the Nationals, and All-Star reliever Tyler Clippard is going to the Athletics, thanks to the ninth deal between those clubs in a little more than four years.

The swap, announced Wednesday, gives Washington a player who could solve its search for a starting second baseman. Escobar could wind up at shortstop for the Nationals if they wind up trading away — or fail to agree to a new contract with — Ian Desmond, who can become a free agent after next season.

The A's just picked up Escobar from Tampa Bay, along with Ben Zobrist, in a trade Saturday that sent catcher John Jaso and two minor leaguers to the Rays.

The 32-year-old Escobar hit .258 with seven homers and 39 RBIs for Tampa Bay last season. He has played eight years in the majors, including with Atlanta and Toronto, mostly at shortstop. Escobar did start 20 games at second base for the Braves in 2007.

Escobar was suspended for three games in 2012 for wearing eye black displaying an anti-gay slur while playing for the Blue Jays.

On Twitter, Clippard wrote: "Would love to take this opportunity to thank all the #nats fans. ... I loved every second of my time in DC, through the ups and downs the good and bad, every second was wonderful. Thanks forever Nats Nation!"

The 29-year-old is 37-25 with a 2.88 ERA and 34 saves in eight big league seasons, one with the New York Yankees and the last seven with the Nationals.

He is the only reliever to pitch in more than 70 games each of the past five seasons.

The A's already have an All-Star closer in left-hander Sean Doolittle, who saved 22 games last season. Adding Clippard fills the void left by the departure of Luke Gregerson, who signed with Houston as a free agent, and gives Oakland a late-inning lefty-righty combination.

With Escobar leaving before playing an inning in Oakland, Marcus Semien — acquired in the December deal that sent starting pitcher Jeff Samardzija to the White Sox — probably will take over at shortstop instead of being used in a utility role.

The Nationals, meanwhile, will need to figure out who will be their main setup man in place of Clippard, a key cog in their runs to NL East titles in 2012 and 2014.

In a swap of minor leaguers earlier Wednesday, the Nationals acquired catcher Dan Butler from the Boston Red Sox for left-hander Danny Rosenbaum, who had Tommy John surgery in May.