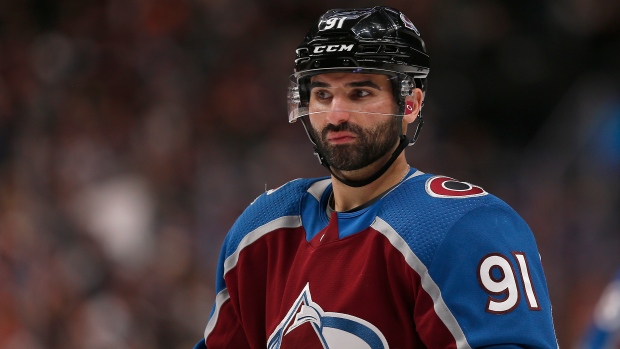 Colorado Avalanche forward Nazem Kadri said Wednesday night that while he’s happy players have spoken out recently on racism and inequality, he’d like to see a little bit more from the National Hockey League on the issue.

“We’re all trying to make it better. We’re trying to make the game more diverse  and the diversity in the game doesn’t happen with racism still going on. So that’s an important thing for us to address,” he said.

“As players we have addressed that. From a league standpoint, you know, I think we’d like to see a little bit more acknowledgement and having them address the situation and know that they stand with their players.

Prior to Wednesday night’s game between the Avalanche and Minnesota Wild in Edmonton, Kadri stood with Black players Matt Dumba, Jordan Greenway and Pierre-Edouard Bellemarre during the anthem.

“I think that’s just a nice moment of solidarity. You know, I think with what’s going on in the world today with the injustice and the racism issue, I think it’s an important thing to come together and unify as players. From a player standpoint, I know we all stick together and hockey is a great game,” Kadri said.

As teams have returned to the ice for exhibition games this week, several teams have stood together or locked arms during the national anthems to show solidarity with the Black community and Black Lives Matter movement.

The NHL's play-in round, as well as seeding games, begin this weekend ​at Rogers Place in Edmonton and Scotiabank Arena in Toronto.