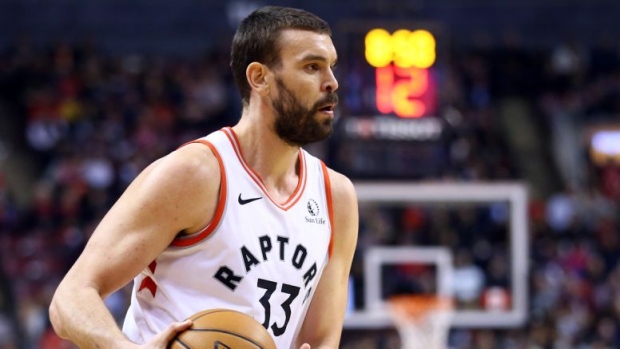 The NBA free agency period is officially open and teams can sign players to new contracts. Keep it here for all the rumours and buzz from the Association.

With a plethora of free agents having already found suitors, three-time all-star centre Marc Gasol is reportedly "narrowing his focus to the Lakers and Raptors," per The Athletic and Stadium's Shams Charania.

Charania adds that the Lakers are working on avenues to increase their salary offer to Gasol. the Dallas Mavericks also emerged as a finalist for Gasol's services in recent days but are no longer expected to land him, according to Charania.

The Los Angeles Lakers have emerged as a serious suitor for Marc Gasol, sources tell @TheAthleticNBA @Stadium. Championship chase and L.A. are appealing for Gasol.

ESPN's Adrian Wojnarowski previous reported that the Golden State Warriors were also in the mix for the 35-year-old Gasol.

Gasol has been with the Raptors the past season and a half, joining the team at the trade deadline during the 2018-19 season and helping Toronto win their first NBA Championship.

In 70 regular season games with 62 starts for Toronto, Gasol has averaged 8.1 points and 6.4 rebounds per game.

Giles, 22, was the No. 20 pick in the 2017 draft to the Kings. He's battled knee problems in his career, but has shown to be a highly skilled young forward. https://t.co/vitZi3yXsn

An important fit for the Bucks, especially because of the way Craig can guard all over the floor. With Denver, Michael Malone used Craig to defend many of the elite wings in the Western Conference. https://t.co/hC4s1G0Wwy

Free agent forward JaKarr Sampson has agreed to a one-year, fully guaranteed minimum contract to return to the Indiana Pacers, per The Athletic and Stadium's Shams Charania.