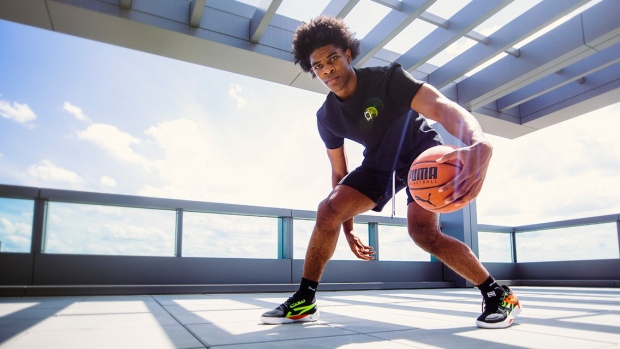 Scoot Henderson of the NBA’s G League Ignite, the G League’s developmental basketball team, has reportedly signed a seven-figure deal with PUMA, according to The Athletic.

Henderson will annually earn seven figures under his multi-year endorsement contract. The contract is said to be the richest shoe deal for a non-draft-eligible basketball player. His contract has the ability to reach eight figures based on several factors, though the factors were not revealed.

Henderson signed with the Ignite in 2021 after turning down college offers from D1 powerhouses Auburn University and the University of Georgia. Coming out of high school, he was an ESPN five-star recruit.

Henderson isn’t the first high-profile player to forgo college and choose another route. Houston Rockets guard Jalen Green and Golden State Warriors forward Jonathan Kuminga played with the Ignite before being drafted second and seventh, respectively, in the 2021 draft. LaMelo Ball, the 2021 Rookie of the Year, played in Australia before getting drafted third overall in 2020.

This season, during the Ignite Tour, Henderson averaged 14.7 points per game, 4.7 rebounds and 4.9 assists across 10 games. Henderson is eligible for the 2023 NBA Draft, where he is currently projected to be a top-three pick.