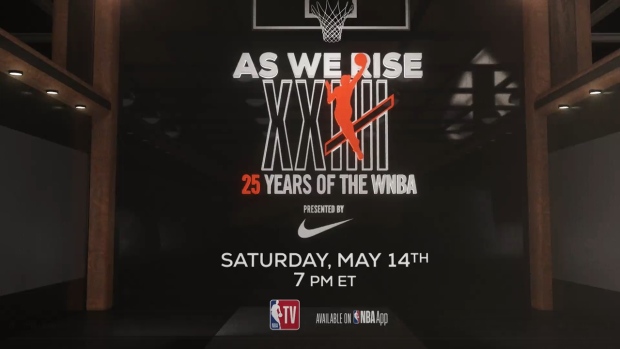 As We Rise documentary poster

NBA TV is set to premiere its latest documentary, As We Rise: 25 Years of the WNBA presented by Nike, which will chronicle the evolution of the league since its inception in 1997 and some of the top moments that have shaped the league’s upward progress both on and off the court.

The hour-long special is produced in association with Bleacher Report and HighlightHER. It features over 30 interviews, including trailblazers in women’s basketball such as Ann Meyers, Carol Blazejowski, Nancy Lieberman, Lisa Leslie, Rebecca Lobo and Sheryl Swoopes to current stars such as Candace Parker, A’Ja Wilson, Sylvia Fowles, Sue Bird and Breanna Stewart.

The 1996 US Women’s Olympic basketball team paved the way for future generations in women’s basketball and is part of the main focus of the documentary’s opening, as it recounts the efforts of David Stern, Val Ackerman and Russ Granik, among others, to launch the league in 1997. The special advances through the years of the league’s operation to the present and highlights how current league commissioner Cathy Engelbert and others continue to advance the WNBA, empowering the league and its players to become champions in social justice and advocacy.

As We Rise will premiere on May 14 at 7:00 p.m. ET. Following Saturday's premiere, the Chicago Sky’s Parker and the Minnesota Lynx’s Fowles will meet on NBA TV following the documentary's airing.