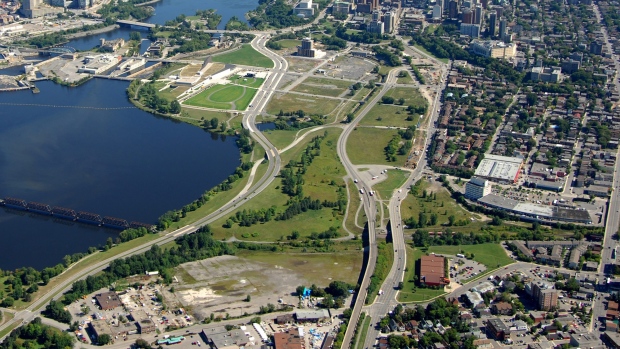 With the National Capital Commission looking for “bold and transformational” ideas for LeBreton Flats, the director of the LeBreton project says the NCC is open to a possible arena for the Ottawa Senators.

“The door is open,” Katie Paris told reporters on Wednesday. “We understand that the Senators owner has been vocal in the media about looking for another location for the arena. If it’s of interest of him or to the Senators, then the door is open.

LeBreton Flats is federally-owned land in central Ottawa near the Ottawa River. The Senators currently play out of the Canadian Tire Centre in Kanata, Ont.

The Senators previously had plans for a new arena in LeBreton Flats after a bid to redevelop the site won preferred status in 2016, but a legal dispute between team owner Eugene Melnyk and development partner Trinity Developments caused plans to fall through.

According to the Ottawa Sun's Bruce Garrioch, this isn't a front-burner issue for Melnyk at the moment but the Sens' owner is keeping his options open.

“We’re always open and interested in a new multi-purpose entertainment facility at LeBreton Flats,” Melnyk told Postmedia in a statement Thursday. “And understand how it can benefit our fans and the Ottawa Senators hockey club generally.”