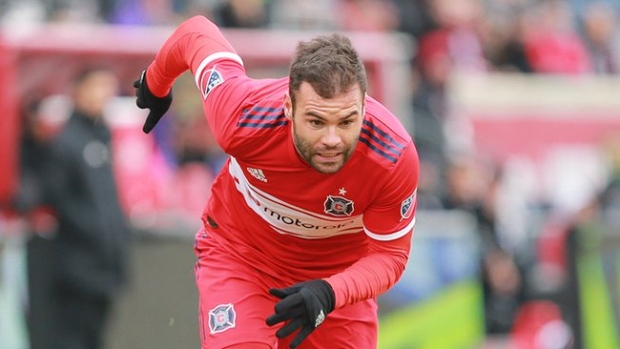 BRIDGEVIEW, Ill. — Nemanja Nikolic had two goals in the first half and the Chicago Fire scored three goals in a late 11-minute span to rout the New England Revolution 5-0 on Wednesday night.

Chicago ended a 300-plus minute scoreless stretch midway through the first half when Nikolic headed home Nicolás Gaitán's free kick at the back post for his fourth goal of the season. Nikolic made it 2-0 in the 40th with another header for the Fire's first goal off a corner kick this season.

Brandt Bronico scored on a curling shot in the 78th, and Gaitán and Przemyslaw Frankowski scored on breakaways four minutes apart.