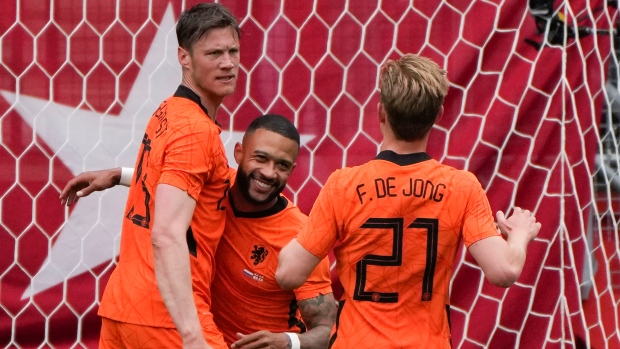 It might be hard to believe when you consider the pedigree of Dutch football, but Euro 2020 is the Netherlands’ first international tournament since World Cup 2014, with the Oranje having failed to qualify for both Euro 2016 and the 2018 World Cup.

Back amongst the best the continent has to offer, the Dutch head into the tournament with much to prove and in front of a boisterous home crowd at Amsterdam’s Johan Cruyff Arena.

History between these two sides is rather meaningless when it’s so limited. Ukraine and the Netherlands have only met twice before, both times in friendlies, and with the most recent matchup coming in 2010. At Donbass Arena, home of Shakhtar Donetsk, the Oranje and Ukraine played to a 1-1 draw with goals coming from Jeremain Lens and Oleksandr Aliyev. On the pitch that night for Ukraine was its current manager and Milan icon Andriy Shevchenko.

With a spot in the knockout round very much potentially in the cards, Sheva knows his team must stick to their own game.

"The main task for the team is to go through the group stage,” Shevchenko said. “We understand that we will have to play against very strong teams and that the Netherlands are one of the favourites. The main thing is that we have a certain style we are playing and we will not change that. We have our own principles which we abide by. So we might have an opportunity to play 4-3-3 or, for example, 3-5-2, but our own principles will not change. ”

His counterpart, Frank de Boer, likewise stresses the importance of the Oranje sticking with what got them through qualifying and into this tournament.

"Ukraine have some really good players, so they're not easy to beat,” de Boer said. “The Eastern European countries will always have quality players. I’m expecting three very tough group games, and, if we play our game, we should go through to the next round.”