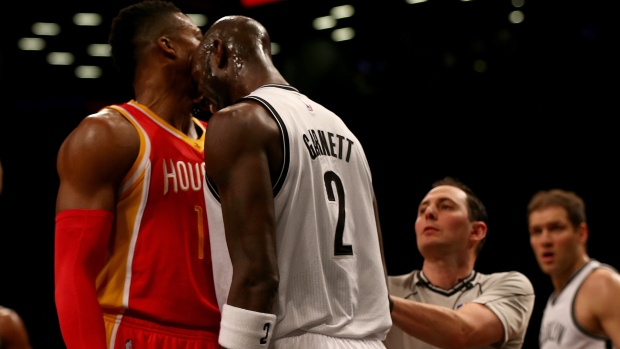 Garnett has been suspended one game without pay for initiating the altercation and head-butting Howard, who was fined $15,000 for pushing Garnett in the neck area.

The incident occurred with 7:53 remaining in the first quarter of the Rockets' 113-99 win over the Nets at Barclays Center.

Garnett will serve his suspension on Wednesday, Jan. 14, when the Nets host the Memphis Grizzlies.