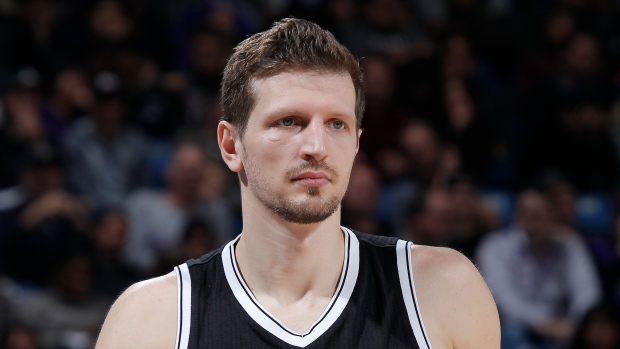 NEW YORK, N.Y. - Brooklyn Nets forward Mirza Teletovic, out for the rest of the season after he was diagnosed with multiple blood clots in his lungs, says he expects to be able to resume playing in July once he is finished with blood-thinning medication.

Teletovic was hospitalized in Los Angeles after experiencing shortness of breath during a Jan. 22 game against the Clippers. He was diagnosed with pulmonary embolus, which has also sidelined Miami Heat All-Star Chris Bosh for the remainder of the season.

Teletovic said doctors are fairly certain his problems can be traced to a hip pointer he sustained against Cleveland in December, and the clots travelled to his calf and then his lungs. He couldn't figure out why his calf was hurting, and why he was suddenly fighting fatigue even when he was home with his family.