The latest news and announcements from Canada’s Sports Leader. 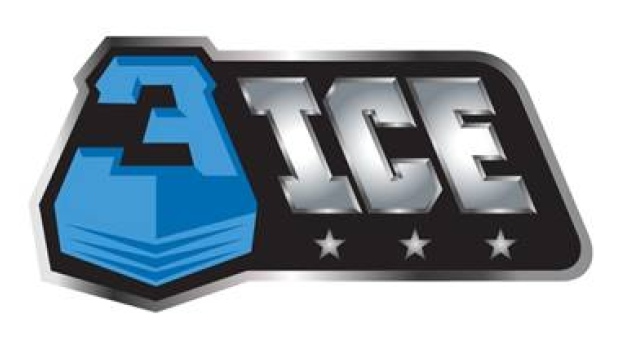 3ICE is uniquely designed to give hockey fans the speed, skill and excitement they’ve grown to love since the three-on-three overtime concept was introduced in 2015. Utilizing a full-sized rink, every game will consist of two, eight-minute halves using a running clock to keep the end to end action moving at an unprecedented pace.

“3 on 3 hockey has proven to be incredibly exciting display of speed, skill and creativity and we see a creation of a league based entirely on that as a natural extension whose time has come,” said Johnston.  “We believe we have the best part of hockey and when you add to that the way fans consume and share content today, we can see a day with 3ICE media platforms and leagues in North America, Europe and beyond.”

“3ICE is going to thrive on pure skill, creativity, play making and goal scoring,” said Patrick, Commissioner of 3ICE. “What that means for fans is that our events will be all hockey and no filler. Fans will get seven games in a single-elimination format and a champion will be crowned at each of our nine stops across North America. No penalties, only penalty shots. No long intermissions or stoppage in play for video reviews. Just pure excitement”

Johnston also announced that the new league has signed television deals with CBS Sports, TSN and RDS.    3ICE Games will air exclusively in the United States on CBS Sports Network, with the Championship Game airing on CBS Television Network. TSN and RDS are the official Canadian media partners.  The league also has formed a partnership with Getty Images Inc. and ASM Global.

The inaugural 3ICE season tour will take place during the summer of 2021. The league will consist of eight teams with each team consisting of seven players (including one goalie) and a head coach. The traveling league will not have teams based in particular cities, instead all eight teams will visit each tour city and play in a bracket-style format to determine a champion at each and every tour stop. Overall each season will see 60 games per season, culminating in a final league championship game, giving fans the ultimate hockey experience.

“When the puck drops for our inaugural season in the summer of 2021, fans will have the chance to enjoy nine hockey filled weekends in nine different locations throughout the U.S. and Canada,” added Johnston, CEO of 3ICE. “We’ll deliver news with the same innovative, fan-centric approach in which we created our league. Fans will be given the opportunity to be closer to the game and players like never before, potentially impacting on-ice competition with real-time interactive voting.

“3ICE was created to bring the fans one thing…pure, unadulterated excitement. Our players and coaches will be names and faces you know and love,” Johnston concluded.

Every player on a 3ICE roster will come from a professional hockey pedigree and each team will play at least one game each weekend.

Rich Krezwick, Chief Commercial Officer for ASM Global stated, “We are very proud of our relationship with 3ICE and ready to work together and launch this terrific concept that hockey fans will love.  All of us at ASM Global will pitch in and really look forward to growing the 3ICE vision together, for hockey fans across North America.”

“Getty Images is proud to partner with 3Ice and provide visual content from this exciting new sports league to our global customer base,” said Carmin Romanelli, Getty Images Global Vice President of Sports Business Development. “Sport imagery lies at the very foundation of Getty Images and we work hard to lead the industry in the creation, distribution and management of world-class sports content for media as well as sports governing bodies, teams and the vital ecosystem of commercial partners and licensees that support them.”-3ICE-

This is the best part of hockey. This is 3ICE.