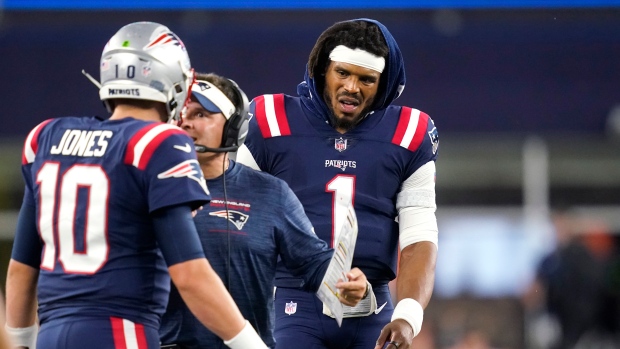 The New England Patriots have released quarterback Cam Newton, according to multiple reports.

Newton, who missed five days of practice due to COVID-19 testing "misunderstanding," started all three of the Patriots preseason games, but only took 38 snaps, compared to 107 for Jones. Newton was just 2-of-5 for 10 yards with one interception in Sunday's win over the New York Giants.

The 31-year-old spent last season with the Patriots after nine seasons with the Carolina Panthers. He completed 65.8 per cent of his passes for 2,657 yards with eight touchdowns and 10 interceptions in his first season with the team, adding 592 yards rushing and 12 touchdowns.

Newton was named NFL MVP in 2015 and is a three-time Pro Bowl quarterback.

Jones was selected 15th overall by the Patriots in this year's draft after four seasons at Alabama. He finished the preseason 36-of-52 for 389 yards, with one touchdown and no interceptions.