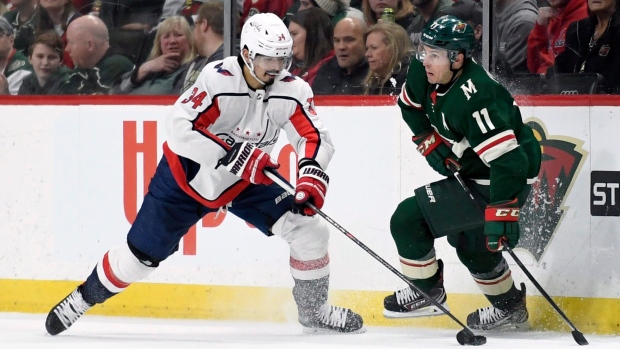 The New Jersey Devils acquired defenceman Jonas Siegenthaler from the Washington Capitals on Sunday for a 2021 third-round pick.

Washington clears $800,000 in salary-cap space before the trade deadline Monday by dealing one of the eight defencemen on its active roster. New Jersey gets a 23-year-old left shot on the blue line for its rebuilding efforts.

Siegenthaler is a restricted free agent after this season. The 2015 second-round pick from Switzerland has 13 points in 97 regular-season NHL games, all with the Capitals.

He hasn't played — save for 28 seconds in one game as Washington's seventh defenceman — since Feb. 7.

“I know that Jonas wants to play, he wanted to play, so I hope it is a good fit for him,” Capitals coach Peter Laviolette said. “Even though you might be upset you are not in the lineup, he never vocalized that or never made waves with what he was doin and he wanted to play and I respect him for that. But he worked his tail off and I wish him the best.”

New Jersey put veteran defenceman Sami Vatanen on waivers Sunday and could also trade Dmitry Kulikov and Ryan Murray before the deadline. Siegenthaler could give the Devils some defensive balance.

“He might be a good (defence partner) for one of our offensive guys,” Devils coach Lindy Ruff said. “A big defenceman, a real good penalty-killer. I think he can really help that part of our game.”