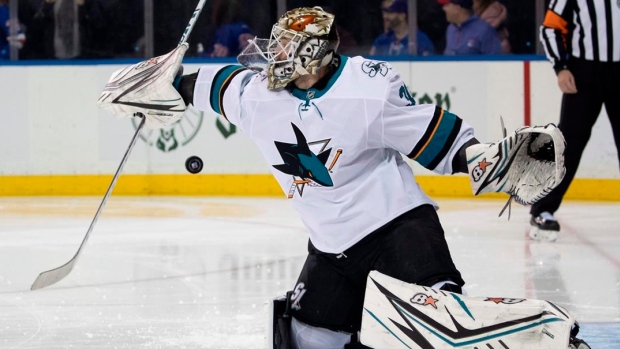 Devils have some time before figuring out what to do with Eric Comrie.
Aaron Dell will need one-week quarantine before needing to be activated by Devils. https://t.co/9MqP5nsLjz

Dell has not appeared in a game for Toronto this season.  He had a 12-15-3 record last season with the San Jose Sharks, posting a .907 save percentage and a 3.01 goals-against average.

In four seasons with the Sharks prior to joining the Leafs, the 31-year-old posted a career 2.75 goals-against average and .908 save percentage over four seasons.

Forward Jason Spezza, also waived by the Leafs on Sunday, cleared waivers on Monday, along with Brett Ritchie, Alex Biega and Joel Kellman.