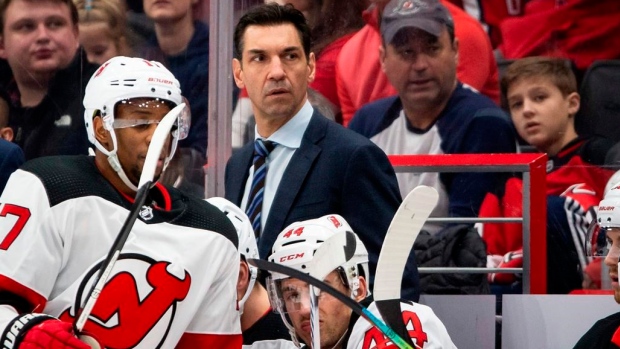 The Devils spoke with 8-10 coaches and produced four final candidates, which includes Nasreddine, but the process itself in on pause right now until a later time. GM Tom Fitzgerald also still remains with interim tag and ownership is talking to candidates (and he's one, too) https://t.co/yEI21m3pLR

LeBrun added Nasreddine was one of four final candidates for the job before the hiring process was paused. LeBrun also reported general manager Tom Fitzgerald still holds the interim tag while ownership is talking to candidates, including Fitzgerald.

Nasreddine took over for the fired John Hynes earlier in the season and has led the Devils to a 19-16-8 record through 43 games.