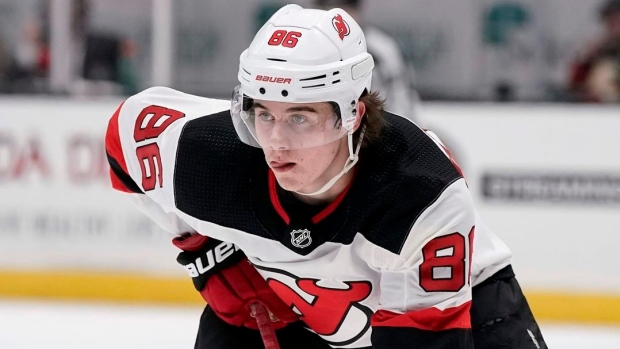 New Jersey Devils centre Jack Hughes suffered a dislocation of his left shoulder in Tuesday's 4-2 win over the Seattle Kraken.

The Devils said Hughes will not require surgery and has begun physical surgery. Hughes, who has been placed on injured reserve, will be re-evaluated in one week.

#NEWS: Jack Hughes suffered a dislocation of his left shoulder and will not require surgery. He has begun physical therapy.

He will be re-evaluated next week. https://t.co/uf1RIBX8ZU

The 20-year-old has two goals and one assist in three games this season.

Selected first overall in the 2019 NHL Draft, Hughes has 11 goals and 31 points in 56 games last season.