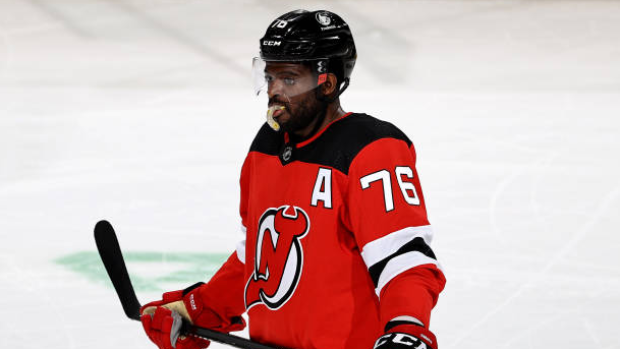 For the second time in two weeks, New Jersey Devils defenceman P.K. Subban has been fined the maximum allowable amount under the CBA by the NHL's Department of Player Safety.

On Wednesday, Subban was fined $15,000 for a trip on Anaheim Ducks forward Trevor Zegras.

New Jersey’s P.K. Subban has been fined $15,000, the maximum allowable under the CBA, for Tripping Anaheim’s Trevor Zegras.

The incident in question occurred during the Devils' 4-0 loss on Tuesday. Subban was not assessed a penalty on the play.

In his 13th NHL season and third with the Devils, Subban has three assists in eight games.

Coincidentally, Zegras was the recipient of the hit for which the NHL most recently suspended a player.

Montreal Canadiens forward Cedric Paquette was given a two-game ban for boarding Zegras during Sunday's game.