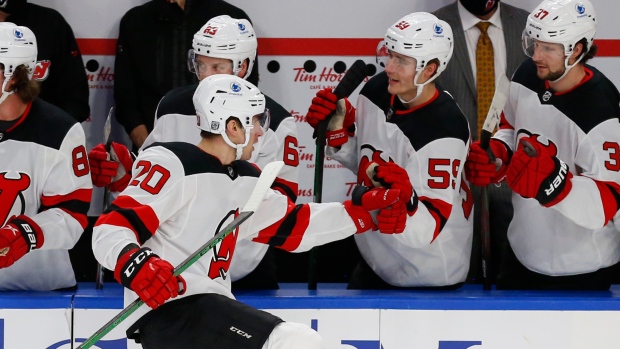 #NEWS: We have re-signed Michael McLeod to a two-year contract.

A native of Mississauga, Ont., McLeod is heading into his fourth NHL season.

The 12th overall pick of the 2016 NHL Entry Draft out of his hometown Mississauga Steelheads of the Ontario Hockey League, McLeod has nine goals and 11 assists in 85 career games.

Internationally, McLeod has represented Canada on a number of occasions, including back-to-back IIHF World Junior Hockey Championships in 2017 and 2018, winning a gold and silver medal, respectively.