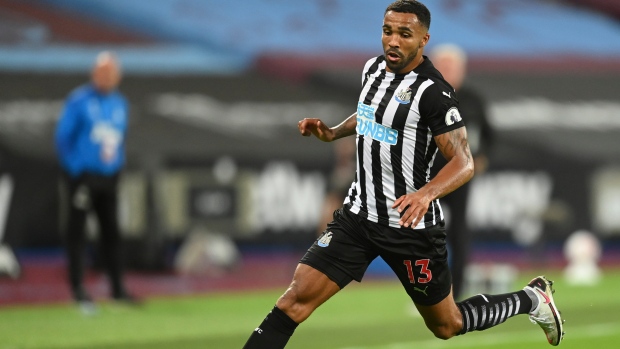 LONDON — Callum Wilson and Jeff Hendrick marked their debuts for Newcastle by scoring in a 2-0 win at West Ham in their opening game of the English Premier League on Saturday.

The two off-season signings made an instant impact, with Hendrick setting up Wilson for the first goal in the 56th minute before scoring himself in the 87th.

The club’s seemingly astute work in the transfer market in recent weeks — left back Jamal Lewis started and impressed against West Ham after his arrival from Norwich — is helping to ease the frustration at Newcastle after the collapse of a Saudi-backed takeover bid.

Wilson joined from Bournemouth, which was relegated last season, and the England striker showed his ability as a goal poacher by reacting to Hendrick's flick-on from a right wing to get to the ball ahead of West Ham goalkeeper Lukasz Fabianksi to poke it over the line from close range.

Hendrick, a hard-working midfielder who arrived from Burnley, clinched victory at an empty Olympic Stadium when he collected a pass into the area and drove a fierce, angled shot into the corner from 15 metres.