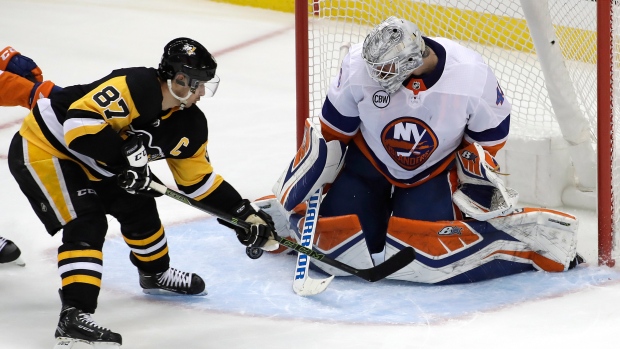 New York Islanders goaltender Robin Lehner told Newsday on Sunday he doesn’t expect to meet with any teams in the now-open unrestricted free agent speaking window as he looks to work out an extension in the Big Apple.

“I’ve got no plans to talk to another team at this point,” Lehner said. “From my understanding, that’s not (general manager Lou Lamoriello's) intention either. Hopefully, it will work out so we can finish what we have started.”

Lehner joined the Islanders on a one-year deal last summer and enjoyed a career season, finishing as a finalist for the Vezina Trophy. He had a 25-13-5 record in the regular season with a .930 save percentage and a 2.13 goals-against average.

Andrew Gross of Newsday reports term is more of an issue than salary in negotiations between the Islanders and Lehner.

Lehner won the Masterton Trophy last week, a year after opening up on his battle with substance and alcohol abuse and mental health.

“Got to keep pushing, end the stigma,” Lehner said in his acceptance speech. “I’m not ashamed to say I’m mentally ill. But that doesn’t mean mentally weak.”

A second-round pick of the Ottawa Senators in 2009, Lehner will turn 28 next month.