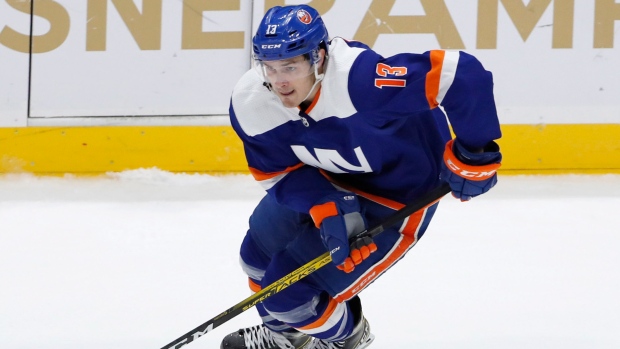 New York Islanders centre Mathew Barzal was benched for the entire third period of his team's 4-2 win over the New York Rangers on Tuesday night.

Islanders head coach Barry Trotz confirmed in a post-game interview with MSG that an injury was not to blame for Barzal's lack of ice time.

"Yeah, no he's fine," Trotz said. "He's fine. The reason, he knows why. That's between Mathew Barzal and the coach."

Trotz, however, later told Arthur Staple of The Athletic that Barzal's benching was "100 per cent" about putting individual play ahead of the team. He did not elaborate further.

Trotz says Barzal benching was “100 percent” about putting individual play ahead of the team. Not in a mood to elaborate.

Barzal's final shift came in the final minute of the second period with the Islanders up 3-0. After bringing the puck into the offensive zone, Barzal circled back towards the blueline and attempted a short pass to his defenceman, which was stolen by the Rangers and led to a rush the other way.

Bazal, who picked up the primary assist on two of the team's three goals to that point, was replaced on his line with Anders Lee and Jordan Eberle by Derick Brassard.