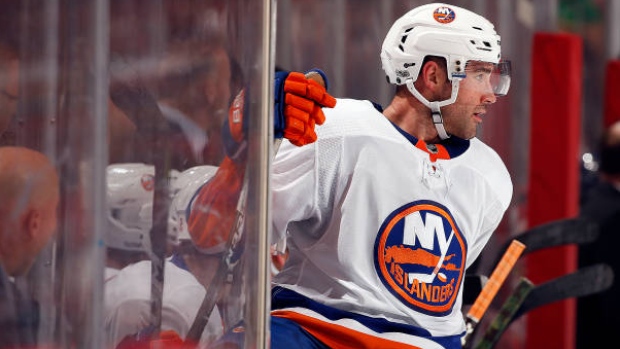 The New York Islanders traded the rights to defencemen Johnny Boychuk to the Buffalo Sabres on Thursday for future considerations.

The deal will help the Sabres stay above the cap floor after trading former captain Jack Eichel earlier in the day.

Boychuk, who announced last November he would not play again due to an eye injury, carries a cap hit of $6 million through this season.

#Isles Transaction: The New York Islanders have traded the rights to Johnny Boychuk to the Buffalo Sabres for future considerations.

The Sabres received injured forward Alex Tuch and rookie Peyton Krebs along with two draft picks as their return for Eichel and a third-round pick from the Vegas Golden Knights.

After the Eichel trade and prior to acquiring Boychuk, the Sabres had a total cap hit of $61.77 million, just above the $60.2 million cap floor this season.

A veteran of 13 NHL seasons with the Colorado Avalanche, Boston Bruins and Islanders, Boychuk posted 54 goals and 206 points in 725 games during his playing career.