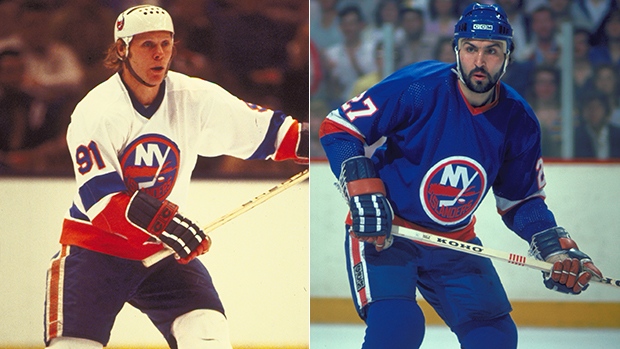 The New York Islanders announced Wednesday that four-time Stanley Cup Champions John Tonelli and Robert 'Butch' Goring will each have their number retired this season.

Tonelli played in eight seasons with the Islanders. In 594 career regular season games, he tallied 206 goals and 544 points.

"The accomplishments we achieved as a team throughout my years as a New York Islander will always be the greatest memories I have from playing the game," Tonelli said in a statement. "To have my number retired alongside several of my former teammates is incredibly humbling and something that my family and I will cherish forever.

"I have spoken with current Islanders team captain Anders Lee and from seeing the tremendous leader he is, I told him that I would be honored if he continues to wear our number until the end of his career."

"I'm extremely honored to have my number retired by the New York Islanders," Goring said. "I came to the Long Island community back in the 80s and since then I have made it my home. Some of the greatest accomplishments of my career happened with this fan base and I can't wait to share this night with them as well."

Tonelli and Goring will join Denis Potvin, Clark Gillies, Bryan Trottier, Mike Bossy, Bob Nystrom and Billy Smith as the only Islanders to have their numbers retired.