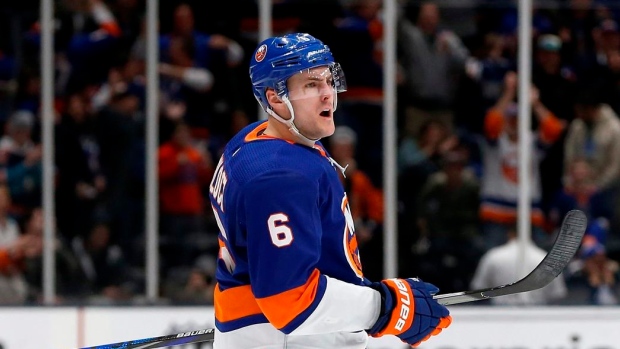 The New York Islanders will be without the services of defenceman Ryan Pulock for the next four to six weeks with a lower-body injury, the club announced on Wednesday.

Pulock, 27, played in Monday night's game with the Tampa Bay Lightning, but did not dress in Tuesday night's contest with the Florida Panthers.

#Isles Injury Update: Ryan Pulock is out 4-6 weeks with a lower body injury.

A native of Dauphin, Man., Pulock had appeared in 12 games this season for the team, tallying two assists and averaging 21:07 of ice time a night.

In his seventh NHL season after being taken with the 15th pick overall of the 2013 NHL Entry Draft out of the Western Hockey League's Brandon Wheat Kings, Pulock is in the final year of a two-year, $10 million deal. He signed an eight-year, $49.2 million extension with the Islanders in the offseason that is set to begin with the 2022-2023 season.

The Islanders return to action on Saturday against the Calgary Flames,