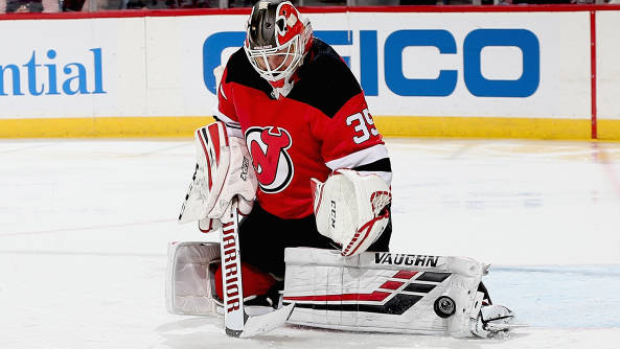 The New York Islanders are finalizing an agreement to sign goaltender Cory Schneider, according to TSN Hockey Insider Pierre LeBrun.

Hearing that the Islanders are finalizing a deal with UFA netminder Cory Schneider. There's the obvious connection there between Schneider and Isles GM Lou Lamoriello. Happy to see Schneider, 34, get a chance to continue his career. One of the good guys in the game.

Once the Isles finalize the contract with Cory Schneider, it will be for one year, $700k

Schneider said in May he hadn't "entertained thoughts of retirement at all" and remained focused on playing out his contract and contributing to the Devils. He split time this past season between the Devils and their AHL affiliate in Binghamton. In 13 NHL games, he had a 3-6-2 record with a .887 save percentage and a 3.53 goals-against average.

Acquired from the Vancouver Canucks in 2013, Schneider has appeared in just 39 games for the Devils over the past two seasons after undergoing hip surgery. He appeared in a career-high 69 games with the team in 2014-15 and topped 57 appearances in each of the following two seasons.