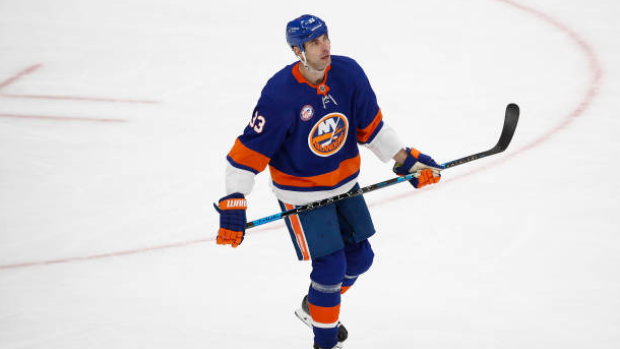 New York Islanders defenceman Zdeno Chara suggested that Thursday’s game against the Ottawa Senators could be his last in Ottawa.

"Yeah it could be [my last game in Ottawa], you never know," said Chara, who didn't realize this was the Islanders' only visit to the Canadian capital this season. "I'm focusing on the present and obviously I'm getting ready for the game and my preparation tonight."

Zdeno Chara says it could be his last game in Ottawa. Hasn't made a decision on next year #Sens

Chara, now 44, was acquired by the Senators in a trade with the Islanders for Alexei Yashin at the 2001 Entry Draft. Forward Bill Muckalt and the Islanders’ 2001 first-round draft pick (used to select Jason Spezza) were also part of the deal.

The 6-foot-9 defenceman played four seasons in Ottawa where he scored 51 goals and 146 points in 299 regular-season games, as well as three goals and 14 points in 35 playoff contests.

Chara left the Senators as an unrestricted free agent to sign with the Boston Bruins during the 2006 off-season. He spent 11 seasons in Boston, where he won a Norris Trophy in 2009, and a Stanley Cup in 2011.

Chara would also go on to play one season with the Washington Capitals before returning to the Islanders, where he started his career.