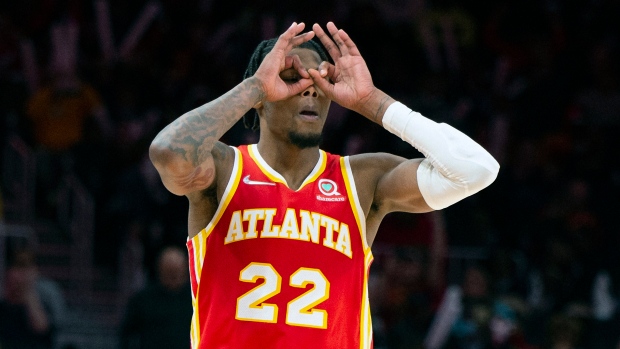 R.J. Barrett and Cam Reddish are set for a reunion.

ESPN's Adrian Wojnarowski reports that the New York Knicks are acquiring Reddish, along with Solomon Hill and a 2025 second-round pick from the Atlanta Hawks, in exchange for Kevin Knox and a protected 2022 first-round selection that came via the Charlotte Hornets.

Reddish, 22, gets his wish for a deal to a team with the ability to give him an increased role and an extension this summer – and Hawks get a first-round pick that could be useful in more deal-making to improve the roster. https://t.co/o0R4nS7KBv

Barrett and Reddish played together at Duke in 2019.

Reddish was the 10th overall selection in the 2019 NBA Draft with Blue Devils teammates Barrett (No. 3) and Zion Williamson (No. 1 to the New Orleans Pelicans) taken ahead of him.

Hill, 30, is in his ninth NBA season out of Arizona. He was averaging 10.7 minutes a night with the Hawks this season.

The 22-year-old Knox was the ninth overall pick of the 2018 draft out of Kentucky.

In his fourth season, he's appeared in 13 games for the Knicks, averaging 3.6 points in 8.5 minutes a night.