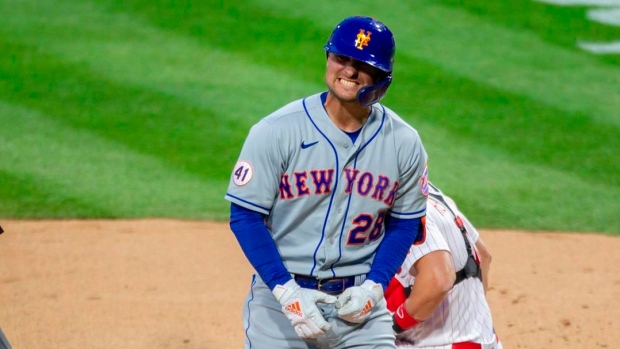 Davis was hit in the hand by a 91 mph fastball Tuesday and hasn't played since. Two sets of X-rays have come back negative, but he's been limited by swelling. Davis took grounders before a game Saturday against Miami and was supposed to take batting practice indoors before being evaluated further.

The Mets announced he was headed to the IL shortly before first pitch. The move is retroactive to Wednesday.

Infielder José Peraza was selected to the big league roster and active for Saturday's game. Right-hander Franklyn Kilome was designated for assignment.