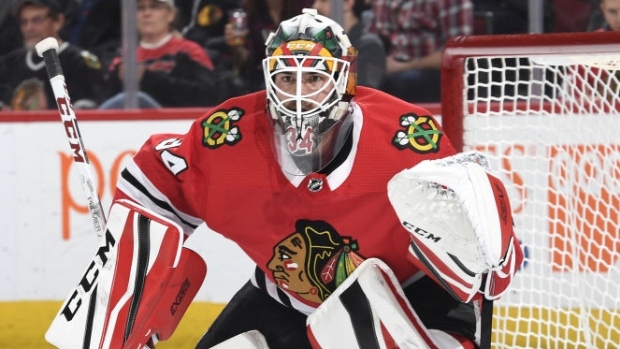 The New York Rangers have acquired goaltender Jean-Francois Berube from the Philadelphia Flyers in exchange for future considerations, the teams announced Wednesday night.

Trade alert: We have traded goaltender J-F Berube to the @NYRangers in exchange for future considerations. https://t.co/sAntLVFGQR

Berube was signed to a one-year, two-way contract in July but has not appeared in a game at the NHL level this season.

He has previously spent time with the Chicago Blackhawks and New York Islanders at the NHL level.