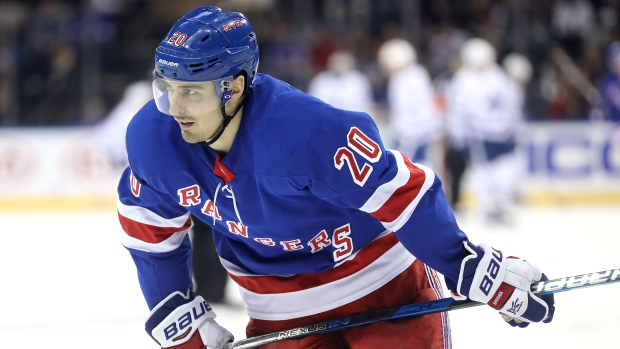 The New York Rangers and Chris Kreider's representatives are expected to talk within the next couple of days, according to TSN Hockey Insider Pierre LeBrun, who added that reaching an agreement on a contract could be tough, but there will be an effort.

"I think's it's going to be difficult to sign this guy, but here's what we do know: finally, after months of not having any communication regarding a contract between Chris Kreider and the New York Rangers, we're [hearing] that within the next couple days, Jeff Gorton, the GM of the Rangers, and Matt Keator, the agent for Chris Kreider, will have that dialogue. Where it goes from there...who knows? It might be a tough contract to get done, but there will be an effort, I think."

Kreider is in the final year of a four-year, $18.5 million deal with the Rangers and is currently No. 1 on TSN's Trade Bait Board weeks before the trade deadline.