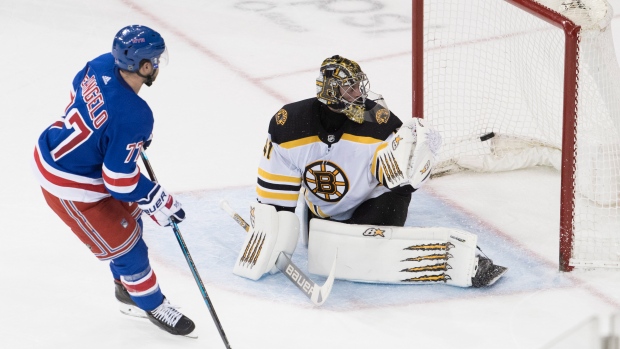 RFA Tony DeAngelo has agreed to terms with #NYR on a one-year deal worth $925,000 - same amount that Brendan Lemieux got last week.

According to TSN Senior Hockey Reporter Frank Seravalli, the deal is for one year with a cap hit of $925,000. It is the same amount forward Brendan Lemieux got last week, Seravalli notes.

The 23-year-old DeAngelo played in 61 games with the Rangers last season, registering four goals and 26 assists along with a plus-six rating and 77 penalty minutes.

This will be his third season in the Big Apple since coming over in a deal with the Arizona Coyotes.

The defenceman was selected No. 19 overall in the 2014 NHL Draft.