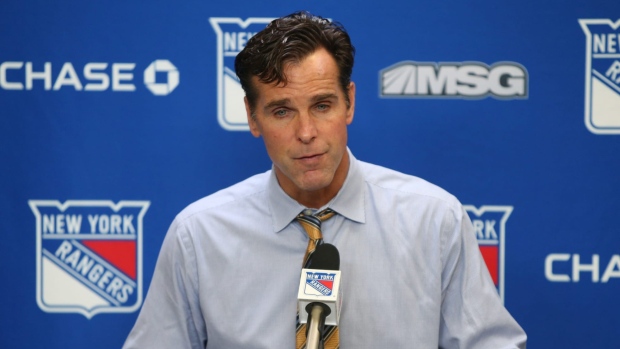 The move is the first major one from new general manager Chris Drury, who took over last week after the organization fired popular president John Davidson and general manager Jeff Gorton.

Drury said the Rangers will begin our search for a new head coach immediately.

In three years, Quinn posted 96-87-25 record in rebuilding the Rangers with a much younger team that included No. 1 overall pick Alexis Lafreniere this past season. He was hired from the college ranks after a stint at Boston University.

The Rangers made the expanded playoffs in the 2019-20 COVID season but were swept in the play-in round by the Carolina Hurricanes in three games. New York posted a 27-23-6 record in this shortened 56-game season and finished in fifth place in the tough East Division.

The past week has been wild for the Rangers.

The unexpected firings of Davidson and Gorton came a day after the team issued a scathing statement calling for the removal of NHL head of player safety George Parros. Parros had fined the Capitals’ Tom Wilson but not suspended him for attacking three Rangers players and causing an injury that ended Panarin’s season.

The firings of Davidson and Gorton were coincidental to the statement and not related to the Wilson saga, and that team ownership believed the Rangers underachieved this season.