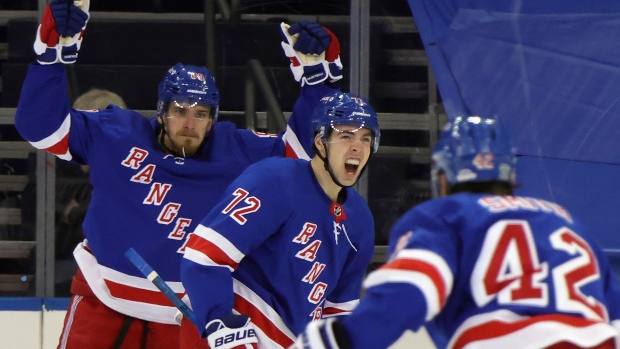 The New York Rangers announced Tuesday that forward Filip Chytil will miss four to six weeks with an upper-body injury he suffered on Sunday against the Pittsburgh Penguins.

Filip Chytil will be out 4 to 6 weeks due to an upper body injury suffered on Sunday at Pittsburgh.

Halfway through the second period against the Penguins on Sunday, Chytil was carrying the puck into the offensive zone when he crashed into Pittsburgh's Evan Rodrigues. Chytil remained on the bench before departing to the locker room and did not return to the game, a 3-2 loss for the Rangers.

The 21-year-old has two goals and an assist in five games this season, his fourth with the Rangers.