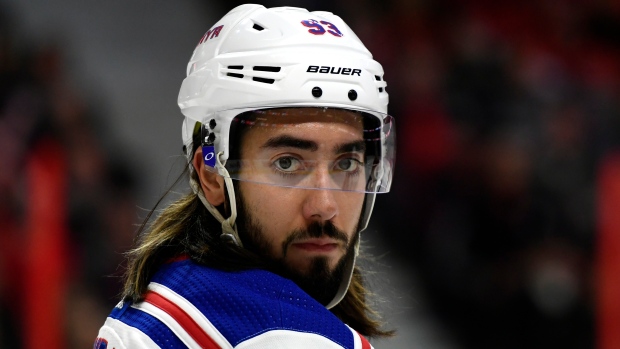 Zibanejad took part in his full first practice of camp on Monday. His status for the Rangers opening game on Thursday against the New York Islanders is uncertain.

"I was out for a certain amount of days going through and sticking to protocol," Zibanejad said, per NHL.com. "I've been skating on my own and now first real skate with the team. It felt good."

The 27-year-old is coming off a breakout campaign in which he posted a career-high 41 goals and 75 points in just 57 games. He added one goal and two points in three games during the NHL's Return to Play.

"I feel good now, I felt good in practice," Zibanejad added. "I've been feeling pretty good for a certain amount of days now. We've been taking this day by day and following the protocol and listening to the (doctors) and everyone. We'll take it day by day. I don't know exactly what happens for Thursday but felt good today and we'll see how things are [Tuesday] and we'll just go from there."

Selected sixth overall by the Ottawa Senators in the 2011 NHL Draft, Zibanejad has 176 goals and 384 points in 548 career games with the Senators and Rangers.