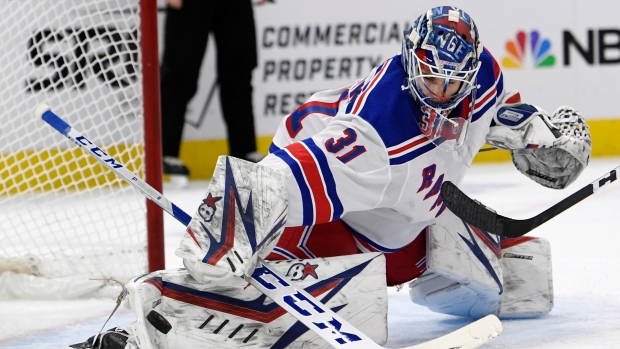 New York Rangers forward Pavel Buchnevich and goaltender Igor Shesterkin were involved in a car accident on Sunday, the team announced on Monday.

Rangers President John Davidson announces goalie Igor Shesterkin sustained a broken rib in an automobile accident on Sunday and will be reevaluated in two weeks. Forward Pavel Buchnevich was a passenger and is day-to-day.

Team president John Davidson said Shesterkin has a non-displaced rib fracture and will be evaluated in two weeks. Buchnevich was shaken up but not injured and is considered day-to-day.

Shesterkin is having a breakout rookie season with a 6-1-0 record, a .941 save percentage and 2.18 goals-against average.

Buchnevich has 14 goals and 23 assists in 61 games this season.