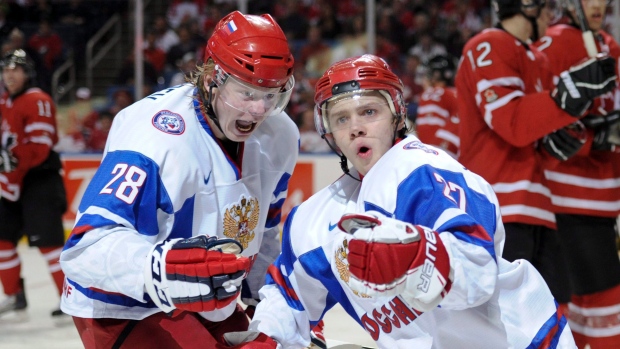 In an interview with Russian journalist Alexander Golovin on his YouTube channel, Artemi Panarin did something that few Russian athletes do publicly - criticize Russian president Vladimir Putin.

The New York Rangers winger said that he was concerned about the Putin's ability to discern good from bad and a potential removal of term limits in Russia's highest office.

Panarin, who once supported the president, said he thought that too many people had Putin's ear.

"It seems to me that it is already psychologically not so easy for him to soberly assess [a] situation, because there are many people who lead him to decisions," Panarin explained (through Google translation).

While the Russian Constitution officially sets a limit of two consecutive terms, Putin is now in his third (non-consecutive) term and parliament has indicated a desire to amend the Constitution to allow Putin to continue to hold office after the term ends in 2024. Panarin said his time in the United States has made him appreciate the two-term limit at the White House.

During the interview, the 27-year-old winger added that that anything he had to say was simply his opinion, but felt that Russians showed too much deference to Putin.

"Even if I am mistaken, I speak sincerely and with good intentions," Panarin said. "Our mistake is that we treat him like a superman. But he is the same as we and, in theory, serves us."

Fresh off of signing a seven-year, $81.5 million deal that makes him Russia's highest-paid athlete (by annual salary), Panarin also said he wanted to set up a charitable foundation to serve some of Russia's less fortunate in his hometown of Korkino.