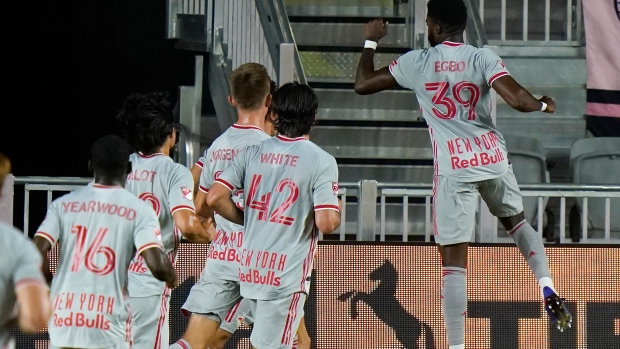 After a turnover by Inter Miami, Omir Fernandez played a one-touch pass to White for a first-timer from the centre of the area that made it 2-1 in the 49th minute.

New York (5-6-2) has won two of its last three games after a four-game winless streak that included three losses.

Mandela Egbo gave the Red Bulls a 1-0 lead when he converted a penalty kick in the 14th minute. Juan Agudelo tied it for Miami (3-8-2) in the 39th. Agudelo has a goals in back-to-back games for the first time since April of 2017 when he played for the New England Revolution.