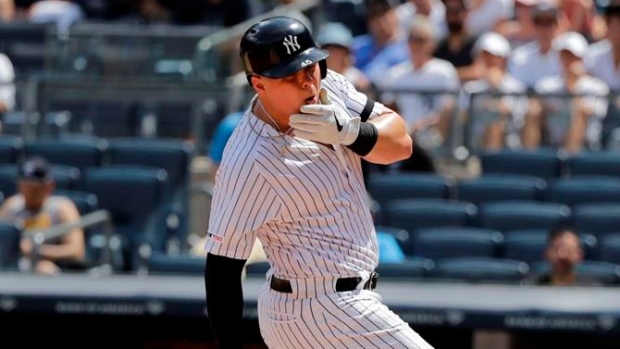 Luke Voit appears ready for his first action of 2021.

The New York Yankees reinstated the 30-year-old first baseman from the 10-day injured list after a rehab assignment for his knee injury in Triple-A.

Prior to tonight’s game, the Yankees returned from rehab and reinstated INF Luke Voit (#59) from the 10-day injured list.

Voit appeared in five games for the team's Scranton/Wilkes-Barre affiliate over the weekend, batting .389 with three homes runs and six runs batted in over 21 plate appearances.

An MRI in late March revealed that the Wildwood, MO native had a partial meniscus tear in his left knee.

Now in his fourth season with the Yankees, Voit led the American League in home runs during the shortened 2020 campaign.

To make room for Voit on the roster, the Yankees optioned Miguel Andujar to Scranton/Wilkes-Barre on Monday.

The Yankees open a three-game set with the Tampa Bay Rays on Tuesday night at Tropicana Field.