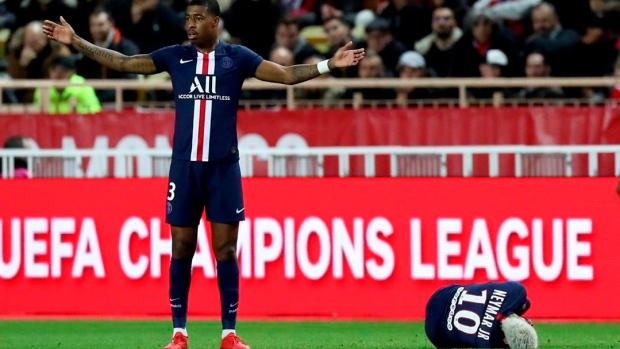 PARIS — Neymar is out of Paris Saint-Germain's squad for the French league game at Amiens on Saturday as he continues his recovery from a rib injury ahead of a Champions League match.

With PSG playing at German side Borussia Dortmund on Tuesday in the first leg of their last-16 game, the injury-prone Neymar has again been left out by coach Thomas Tuchel even though he has been training with the squad.

It is the fourth match Neymar has missed since sustaining his latest injury against Montpellier two weeks ago, a physical encounter in which the Brazil star was repeatedly fouled.

Injury ruled Neymar out of both legs of the last-16 match against Manchester United last year, and the return leg of the last-16 game against Real Madrid the year before.

PSG has not reached the quarterfinals of the Champions League since 2016, and only once made the semifinals, back in 1995.