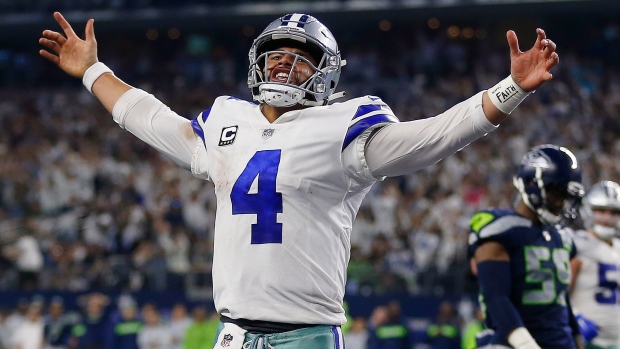 The picks are in!

For all the concerns about how the process would play out, the first-ever virtual NFL Draft ran smoothly without any major technical issues.

The defending Super Bowl champion Kansas City Chiefs upgraded – regardless of how you feel about the value of taking a running back in the first round.

While the top contenders reloaded, adjustments to the Super Bowl LV futures point to three teams in particular that improved their stock at the draft.

Here is a look at three of the biggest winners from the 2020 NFL Draft according to adjustments in the futures market.

Back in early February, Tampa Bay was a +5800 long shot to win Super Bowl LV.

A lot has changed over the last 90 days.

While Tom Brady’s arrival precipitated the most significant off-season adjustment to the Super Bowl futures market, the addition of Rob Gronkowski and an excellent draft haul have helped propel the Buccaneers all the way to +1000.

Tampa Bay addressed its most important need with the selection of tackle Tristan Wirfs 13th overall.

The Buccaneers then bolstered an already impressive cast of skill position players with versatile running back Ke’Shawn Vaughn in the third round and wide receiver Tyler Johnson in the fifth round.

Johnson, in particular, was a steal – he was the 48th-ranked prospect in the NFL Draft, according to Pro Football Focus.

Tampa Bay landed him with the 161st pick overall.

Factor in the addition of second-round pick safety Antoine Winfield Jr. to a defence that ranked third in DVOA when adjusted for strength of schedule last season and it’s clear the Buccaneers earned an A+ grade.

Only the Chiefs, Ravens and 49ers are listed ahead of the Buccaneers in the Super Bowl LV futures market following the draft.

Was there a bigger draft winner than the Cowboys?

Wide receiver CeeDee Lamb was the sixth-best prospect on the entire board, per Pro Football Focus.

According to Cowboys executive vice-president Stephen Jones, the team didn’t even interview Lamb because they had assumed he wouldn’t be there when they picked.

The Cowboys circled back to address it with another player that had a first-round projection in Trevon Diggs at 51st overall.

Ottawa, Ont.’s Neville Gallimore had a second round grade.

He was still available when Dallas selected him at 82nd overall.

As if the first two days weren’t impressive enough, the Cowboys then hit a pair of potential home runs with cornerback Reggie Robinson III and centre Tyler Biadasz in the fourth round.

Robinson bolsters their depth at a position of need while the former Badger Biadasz will try to replace another former Wisconsin centre in Travis Frederick, who retired this off-season.

Dallas was listed at +2800 to win Super Bowl LV heading into the draft.

By the time it was over, the Cowboys had climbed to +2000 – leapfrogging the Seattle Seahawks, Pittsburgh Steelers and Buffalo Bills in the futures market.

Obviously, the Rams are the biggest surprise on this list.

Les Snead didn’t get the same level of praise as general managers that earned high draft grades from the experts.

However, his team did receive the single-biggest adjustment in the Super Bowl LV futures market.

And that was without a first-round pick for the fourth straight year.

Despite trading away this year’s first pick in the deal for cornerback Jalen Ramsey last season, Snead still added at least four players that should contribute immediately.

Running back Cam Akers and wide receiver Van Jefferson were taken in the second round.

Akers should challenge Malcolm Brown and Darrell Henderson for touches as a rookie.

Jefferson slides in as the team’s fourth receiver behind Cooper Kupp, Robert Woods and Josh Reynolds.

Alabama edge rusher Terrell Lewis fell to Los Angeles in the third round in part because of injuries.

Safety Terrell Burgess joined Lewis as another solid value pick at 104th overall – he was the 57th ranked prospect in the draft according to Pro Football Focus.

Two years removed from a Super Bowl appearance and coming off a 9-7 season, the Rams are obviously still a long shot.

After all, even the biggest post-draft odds adjustment of any team in the league was only enough for them to leapfrog the Chicago Bears, Cleveland Browns and Los Angeles Chargers in that market.

However, the difference is big enough that it’s still worth noting. Especially considering this is a team would have made the playoffs if last season played out under the new postseason format.

*All Betting Information appears as listed by Bodog on Monday, April 27, 2020.