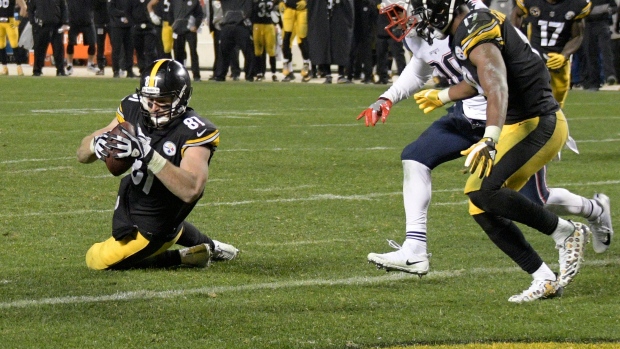 The NFL’s rulemaking competition committee have made modifications to the controversial catch rule by eliminating the provisions in place that relate to the slight movement of the football in a receiver's hands and the going-to-the-ground requirement.

The change could be finalized as early as Tuesday and given to the NFL owners at next week's meeting in Orlando, according to the league's executive vice-president of football operations Troy Vincent.

“We worked backward,” Vincent said in a phone interview. “We looked at plays and said: Do you want that to be a catch? And then we applied that to the rule.

“Slight movement of the ball, it looks like we’ll reverse that. Going to the ground, it looks like that’s going to be eliminated. And we’ll go back to the old replay standard of reverse the call on the field only when it’s indisputable.”

The new catch rule will require that a receiver will have to have control of the football, but any slight movement of the football in the receiver's hands upon review will not result in the play becoming an incomplete pass.

Players will not be penalized for not completely maintaing control of the football when they're in the process of going to the ground.

Over the past few years, the previous rule has been widely debated as teams have been burned by it in tight contents.