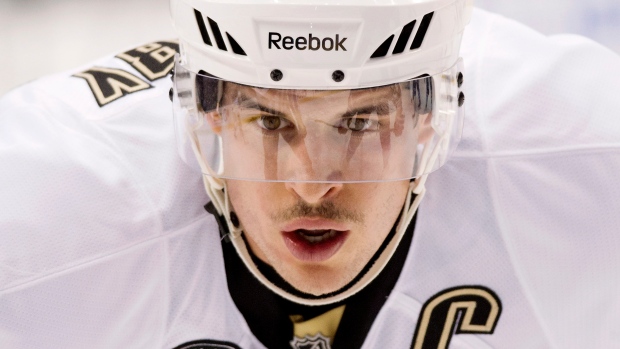 COLUMBUS, Ohio - The World Cup of Hockey is back with a new format as the NHL seeks to create the best tournament in the world to launch a series of new international events.

In the fall of 2016, the World Cup will feature a Young Stars team made up of Canadian and American players aged 23 and under along with Team Europe, a group of all-stars from countries not represented. Those teams will compete with Canada, the United States, Russia, Sweden, Finland and the Czech Republic at the Sept. 17-Oct. 1 tournament in Toronto.

"A North American young stars team and a team of the best NHL European players from outside the big four European countries enables us to include more of the very best players in the world who might otherwise have been left out of the competition," commissioner Gary Bettman said. "We have concluded that this will provide the most compelling format and the most competitive and entertaining hockey with great story lines."

The NHL, NHL Players' Association and International Ice Hockey Federation had to agree on all those details and finally came to a consensus that all-star teams made for better competition than the more traditional choice of eight nations.

The NHL's long-range plan includes a Ryder Cup-style North America vs. Europe series in 2018 and a more expansive 2020 World Cup that could feature North American players with German, English, Irish, Italian or French heritage playing for those countries to grow the game in those nations.

No discussions have taken place yet on the possibility of NHL players going to the 2018 Winter Olympics in Pyeongchang, South Korea. Players want to go, as Steven Stamkos of the Tampa Bay Lightning called it "the Holy Grail" and John Tavares of the New York Islanders said it was important to be there.

"You talk about the Olympic Games and really what that means to sport across the world and how it connects any game to many different parts of the world and what it means to the people," Tavares said. "It's obviously developed a tremendous reputation and certainly it's produced some of the best hockey we've ever seen and it's done great things for our game."

It's the NHL's hope that the World Cup takes on that grand value.

"I think the World Cup may be influential in terms of how we ultimately decide, because if it's as successful as we hope it'll be and we think it'll be, the Olympics becomes far less important, to the players, even," deputy commissioner Bill Daly said. "If the World Cup's a big deal, best-on-best tournament, why do we need to go to the Olympics?"

While the Olympic men's hockey tournament features 12 teams, the World Cup will have eight. Figuring out the seventh and eighth teams beyond the so-called big six was the biggest hurdle to overcome in planning this event.

One idea was to keep it as six teams, but Daly and NHLPA executive director Don Fehr did not believe a tournament that small could constitute a true world championship. Daly said 12 teams, like in Sochi, were too much because of the talent discrepancy.

Without sufficient time to plan and conduct a qualifying tournament, another idea was to go with the seventh and eighth-ranked teams in the world, which at this point would be Slovakia and Switzerland. But those teams would have only been half full of NHL players.

Having Team Europe means an all-NHL group made up of players from countries such as Slovakia, Switzerland, Slovenia, Latvia, Germany, Austria, Belarus, France, Denmark and Norway. The goal was to make sure stars like Slovak Zdeno Chara of the Boston Bruins and Slovene Anze Kopitar of the Los Angeles Kings got to play.

The NHLPA asked star players from those countries their thoughts because the trade-off was not playing for their individual countries.

"I think the guys are trying to make it competitive and the best possible tournament it can be. If that's the case, that's the way it is," Kopitar said. "Just the thought of being part of a World Cup would be a very fun experience."

Slovak goaltender Jaroslav Halak of the New York Islanders said "10 years ago it would be upsetting," but with just 13 players from that country who have appeared in at least one game this season, it's an idea he likes.

"It doesn't make a whole lot of sense," Streit said last week in Buffalo. "I'm not a big fan of it, not at all. I think it's a nations tournament and you want to play for your country and you take pride in it every Olympics and every World Cup. ... It is what it is. I love to play for Switzerland, I'm sure guys love to play for Slovakia and Czech and Sweden."

Team Europe, which could also have players like Austrian Thomas Vanek of the Minnesota Wild, Latvian Zemgus Girgensons of the Buffalo Sabres and German Dennis Seidenberg of the Bruins, would be able to compete with Canada and the United States. It's still not clear how that team would be selected, but Daly and Collins suggested NHL alumni from those nations would play a role in management and coaching.

Collins said there's "no dog" in the tournament, and Daly isn't worried about what would happen if Team Europe shows it's on par with those countries.

"It's a good problem to have," Daly said. "I think it'd be intriguing."

The Young Stars team is intriguing, too, because it's a chance to showcase players like Connor McDavid, Jack Eichel, Nathan MacKinnon and Seth Jones. That idea was born out of talk before every Olympics about how a Canadian "B" team might fare, but no one liked the stigma that came with the concept of a "B" team.

It took some convincing of Hockey Canada and USA Hockey for them to concede U23 players because it could hurt the main teams. Anyone that age will not be eligible to play for Canada and the United States.

Collins said the first person to really buy in on the Young Stars idea was Hockey Canada president and CEO Tom Renney, who voiced his support for it again Saturday.

Like with Team Europe, there are details to be worked out on how the two organizations would determine management, the coaching staff and players, but Daly said the team is likely to have a minimum number from each with open wild-card spots to fill.

"I think they'll work together and determine how to come to those thresholds," Daly said. "They've both expressed a lot of optimism in terms of their ability to work together on this and to be something that comes together really quickly and isn't contentious at all."

Drew Doughty of the Kings said he didn't think Canadians and Americans would want to play together. But there's also the danger of Canada and the United States having to play the Young Stars, made up of players from their own country.

Daly said that "they don't love the idea of the North American stars beating one of their teams or competing against their flag." It's possible the Young Stars may be put in a different pool than Canada and the United States.

This format isn't locked in for future competitions, just this one because of the time constraints.

"It's not like we're trying to establish that the World Cup becomes this amalgamation of countries and everything else," Collins said. "We're just trying to stage the best possible hockey tournament we can, set that up and then transition to this more natural World Cup brand."

In 2020, the idea is to have a qualifying tournament featuring some of the other traditional hockey-playing countries along with others, like the United Kingdom, Germany, France and Ireland. Eligibility restrictions would be relaxed so that Canadian and American players who don't make those teams can play for a nation of their ancestry.

At the 2016 World Cup, there are still some details to be ironed out, like jerseys and television rights. The NHL owns all of that and can make extra money by making brand-new deals outside the ones they currently have.

There will be two pools of four teams each. After round-robin play, four teams will be eliminated and four will move on to the semifinals, something Collins said was a way to make those early games much more meaningful.

A best-of-three series will crown the winner of the first World Cup since 2004. The event was also held in 1996 and previously was staged as the Canada Cup from 1976-'91.

"I remember some great ones as a kid and I've seen a lot of then-Canada Cup highlights and some of the special memories those have produced," Tavares said. "What's exciting is you get a best-on-best tournament. Obviously we don't see it very often and when we do, the tournaments are usually pretty special."

The league expects this World Cup to generate over US$100 million in revenue. All profits count outside of hockey-related revenue and is split 50/50 between the league and NHLPA.

Those tournaments took place at multiple sites. This time it's all in Toronto, though future World Cups could be up for bid and moved around.

"A lot of this is kind of building blocks," Daly said. "But this building block, this is part of a bigger, broader, longer range international plan. You can't get bigger than Toronto for hockey. To have a festival, which is what it would be over a 14-day period, it's going to be hockey non-stop and competitive hockey."

This World Cup is just one building block for the NHL's international endeavours. Fehr said the impact could be quite significant.

"You have to engage first of all with long-run planning, but you also have to do it step-by-step and learn from what you do and see," Fehr said. "We have an opportunity that's really pretty difficult for other sports because we have an established very high level culture on both sides of an ocean, which people are going back and forth."

There are hopes to have teams train in Europe before the season and return for regular-season games, but have them later than the opening weekend to put more of a spotlight on the event.

"When we go, let's bring everybody with us and make it big, give it scale," Collins said. "Scale is something we've been talking about for a while now in terms of when we do things, let's do them big."

This World Cup will be big, too. Players will be compensated and receive things such as per diem, including those from the KHL and European leagues.

The winning team will receive $1 million to split between the national federation and players and the second-place team will get $500,000.

This would be a different event from the Olympics, and Bettman said the World Cup would have no impact on a decision regarding 2018. Players still want to compete in the Olympics, and Chicago Blackhawks star Patrick Kane doesn't believe it has to be one or the other.