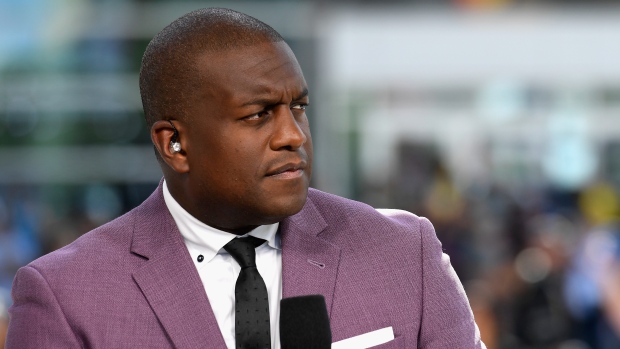 A former NHL goalie who now works as a broadcaster for the NHL Network, says he won’t reference the Greater Toronto Hockey League on television again until the amateur league begins disclosing statistics about how often players are penalized for making racial slurs.

“I’m not mentioning the GTHL on the air if I can help it until there is reform,” Kevin Weekes said in an interview on Saturday with TSN. “I’m on TV almost 200 days a year, on four different shows on the league network. I like to give credit both to players and to the organizations that help develop them.

“I talk about a player’s time in the GTHL and that’s a free commercial for them. At this point, I’m not as proud to say I played in the GTHL. I’m not here to aid and abet. I won’t be complicit.”

A native of Scarborough, Ont., the 45-year-old Weekes played for the Toronto Red Wings in the former Metropolitan Toronto Hockey League (now the GTHL) before advancing to pro hockey. He played 11 seasons in the NHL prior to becoming a broadcaster.

TSN reported Thursday that the GTHL, the largest minor hockey league in the world with more than 40,000 registered players, refuses to disclose the number of racism-related incidents that occur during its games, despite a call from several current and former NHL players to do so.

The league stated its position two weeks after 16-year-old player Myles Douglas told TSN In Depth that he was the target of racist insults in at least half of his games this season.

While other minor hockey organizations disclose statistics related to these penalties, GTHL executive director Scott Oakman wrote in a series of emailed statements to TSN that the league will not publicize how often penalties are called for discriminatory slurs. Oakman wrote that publishing that data, even with non-identifying information, may damage the reputation of the vast majority of the GTHL's players “whose good sportsmanship is beyond question.”

Weekes said it’s “sickening” that the GTHL won’t make that information public. He also wants the league to implement a mandatory season-long ban for anyone who uses a racial slur, regardless of their age.

Oakman did not respond to an emailed request for comment on Weekes’ remarks sent on Saturday to the league.

GTHL alumni Chris Stewart, who has played 11 NHL seasons, agreed with Weekes’ call for a season-long suspension for racial slurs.

“I don’t think kids should be banned for life for this,” said Stewart, who split time this season between the Philadelphia Flyers and their American Hockey League affiliate. “Half the kids are ignorant about it. We’ve got to educate them properly.”

“Tell the truth,” he said. “These details shouldn’t be hidden behind closed doors. “These kids who make these complaints, and their families, how do they know they are being taken seriously if it’s all kept secret?”