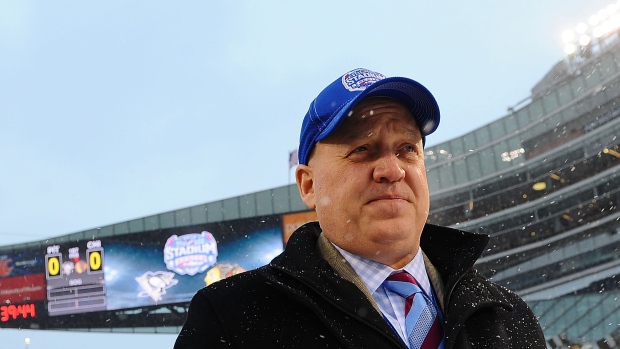 National Hockey League deputy commissioner Bill Daly issued a statement on Friday outlining what's next for players as the league takes its pause due to the outbreak of the coronavirus (COVID-19).

Daly says that while players should remain in their club's city, there is no problem should they return to their homes to be with their families.

From Deputy Commissioner Bill Daly on next steps for players during this pause. pic.twitter.com/dNaIEacItg

"The general expectation is that players will remain in their club's home cities absent unusual circumstances," Daly said in the statement. "Obviously, where a player is separated from his family because his club city residence is only temporary at this point, those players should be permitted to go home to their families in this initial phase of the pause period."

Daly hopes that in the near future players will have the ability to return to club facilities and begin training, but no firm date has been given.

"We envision there coming a time where we transition direction from 'stay at home' to opening club facilities to players to work out and to skate on a voluntary basis in small groups similar to what we generally see prior to the beginning of team training camps," Daly said. "At this point, I'm not in a position to say when that will be. We will see how the next week or so plays out."

There is no impetus for mandatory testing for players at this time, Daly says, but should they exhibit symptoms, a test should be conducted.

Daly notes that once a player begins training for the resumption of play, all activities will be subject to provisions in his standard player contract.