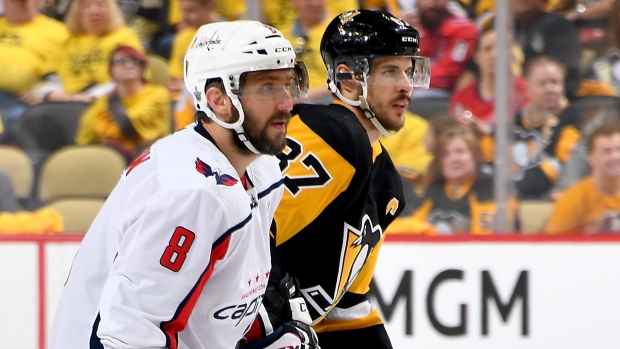 After talks over the weekend, a two hub city concept featuring 12 teams in each city has been discussed and remains one of the possibilities if the NHL is able to resume its 2019-20 season according to TSN Hockey Insider Darren Dreger. Every option, including the location of play, how many teams return to play or whether or not play returns at all is still to be determined.

NHL Board conference call today. The NHLPA was also busy this weekend working on return to play scenarios. Two Hub Cities with 12 teams in each has been discussed and remains one of the possibilities. TBD.

Nothing firmed up yet obviously but two hub cities instead of four is generating some buzz in discussions amongst teams. Las Vegas, for example, where an entire hotel/resort could be dedicated to the NHL and with easy access to the arena. https://t.co/PI8Se7MJsV

TSN Hockey Insider Bob McKenzie reports that nothing is firmed up yet but two hub cities instead of four is generating some buzz in discussions amongst teams. McKenzie lists Las Vegas as an example, where an entire hotel/resort could be dedicated to the NHL with easy access to T-Mobile Arena.

Oilers feel they could manage as many as a dozen teams in Edmonton if needed. https://t.co/LRHfvd3Xmg

Commissioner Gary Bettman told NHL.com there are "probably eight or nine different places" that can accommodate "a dozen or so teams in one location".

TSN's Ryan Rishaug reports the Oilers feel they could manage as many as a dozen teams in Edmonton if needed.

The NHL Board of Governors had a call on Monday.

TSN Hockey Insider Pierre LeBrun reported that the NHL and the National Hockey League Players' Association made some traction over the weekend that involved a 24-team playoff format should play resume this summer.

"Again, tough to handicap at this point whether a format gets agreed upon this week or not but definite progress. A reminder that the NHL has a Board of Governors call Monday at 3:00 p.m. ET; and that the league may announce decision on the draft this week," LeBrun tweeted.

Sources indicate the Return To Play Committee has talked throughout the weekend, NHL-NHLPA making progress on a 24-team format. Sources also stressing there's still work to be done, but clearly the weekend has produced some traction. More talks expected over next day or two.

LeBrun wrote in The Athletic later on Sunday that the proposed 24-team format would involve games of some kind beforehand and would not jump straight into the playoffs. He adds that not every NHL player is on board with playing this season but anecdotal evidence suggests more players than not on those potential 24 teams are on board with some kind of a resumption.

The league has been exploring a variety of scenarios for what the rest of the season could look like if play is resumed this summer, with 20-team and 16-team playoff formats also being discussed.

The NHL paused its season on March 12, one day after the NBA's Rudy Gobert tested positive for COVID-19 and kicked off a domino effect that saw much of professional sports shut down across North America and the rest of the world.