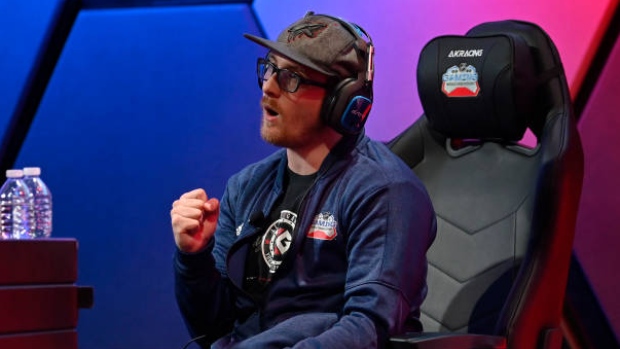 The NHL esports scene is picking up steam.

Caps Gaming, a hockey-focused esports sub-brand, and the Caps Gaming Showcase, a new tournament with online qualification and a live local area network (LAN) final with a $15,000 (USD) prize pool, have been announced by Monumental Sports & Entertainment (MSE), the parent company of the NHL’s Washington Capitals.

For the first time in NHL esports history, the months-long tournament will be conducted through EA NHL’s six-on-six EASHL mode, where gamers control individual players rather than the entire team (as with one-on-one gameplay).

The organization also signed John “JohnWayne” Casagranda as an official streamer, making him the first NHL esports professional to be officially signed by an NHL organization. Casagranda competed in the finals of both NHL Gaming World Championships, finishing in second place in 2019.

Consistently at the forefront of NHL esports and sports-esports crossovers, MSE is a co-owner of aXiomatic, which has a controlling interest in global esports organization Team Liquid. The franchise also owns Wizards District Gaming, one of the original 17 NBA 2K League teams for the league’s inaugural season in 2018.

Last year, MSE was among the first NHL organizations to hold a one-versus-one (players competing head-to-head) EA Sports NHL tournament. Online qualification led to a live final in Washington, D.C., and a prize pool of $5,000, where Justin “Regs84” Reguly defeated 2018 NHL Gaming World Champion Erik “Eki” Tammenpaa in the finals. The franchise also held the first three-on-three tournament under the stewardship of then-MSE esports director Grant Paranjape, who has since moved on to the Washington Justice of the Overwatch League as VP of esports business.

“Esports is a key initiative for us at Monumental and we are thrilled to add Caps Gaming to the family as we continue to tap into a new generation of fans,” said Zach Leonsis, senior vice-president of strategic initiatives at Monumental Sports and Entertainment. “We are excited to welcome John to The District and look forward to hosting the premier NHL competition with the Caps Gaming Showcase in early December.”

The Capitals hope that Caps Gaming Showcase can act as a model for the expansion of NHL esports into a more six-on-six style. Andrew McNeill, who succeeded Paranjape as the director of esports at MSE, has continued to push the organization’s NHL esports actualization to new heights. In August, McNeill hired Jordan Zelniker as MSE’s esports business and team operations manager, who wrote his master’s thesis on NHL esports. The confluence of staffers and organizational support made the Capitals a particularly good team to showcase the scene’s next step.

The NHL esports community has long clamoured for expanded EASHL tournaments, which many theorize would eventually take a form similar to that of the five-on-five NBA 2K League. A number of NHL teams held traditional one-on-one tournaments during the NHL 19 cycle. Currently, the LGESHL (League Gaming Esports Hockey League), sponsored by Space Esports, functions as the primary EASHL League and offers a prize pool of $5,000 (USD); the league has no official connection to the NHL or NHL teams.

In contrast to the Capitals’ six-on-six tournament, Maple Leaf Sports & Entertainment (MLSE) is in its second year of running the highly successful Leafs Gaming League (LGL). The LGL takes place over the span of several months, with players qualifying online for live tournaments, and ultimately for the Grand Final (to be held this year on Feb. 1). The competition is run in partnership with World Gaming, a leading provider and facilitator of esports tournaments, and pays out $20,000 (CAD) as the prize pool.

“We’re fortunate to have many of the best Chel gamers in the world in our market, and we want to showcase that talent while exposing newer players to their first taste of high stakes competition,” said Shane Talbot, MLSE’s esports manager. “It’s a great balance of accessible and flexible qualifiers with a taste of pro-level competition on LAN.”

Talbot believes that one-on-one play, which mimics the competitive construction of EA Sports’ FIFA series (which also has a game mode allowing up to 11 people to team up), is the method that will best help the esports scene grow at this early stage.

The NHL has not jumped to quickly replicate the NBA’s esports franchise model. It has also been cautious about expanding its official competitions beyond traditional one-on-one gameplay, preferring instead to run a large-scale head-to-head tournament. Beginning in 2018, the NHL has held an annual NHL Gaming World Championship with online qualification and regional finals in Canada, the United States and Europe, with the live finals held in Las Vegas for a prize pool of $100,000.

“In year one, we wanted to be prudent and approach this cautiously. We needed to test and learn, and we did that in a number of different scenarios from the content and promotion,” Chris Golier, NHL vice-president of business development, told ESPN’s Arash Markazi after the first Gaming World Championship. “In year two, we're going to invite our clubs in. It’s not going to be a full-blown league, but we’re going to have teams participate in some way, shape or form.”

The 2019 Gaming World Championship, won by Matthew “Top-Shelf-Cookie” Gutkoski, was a quantitative success. The NHL’s Twitch stream peaked at 68,896 concurrent viewers, averaged 43,000 viewers, and saw over 1.36 million unique views. The numbers show an impressive increase from the 2018 finals, which drew a peak of 27,572 concurrent viewers and had over 382,000 unique views. While Honda and Scotiabank returned as tournament sponsors, the league added five new sponsors: Adidas Hockey, ASTRO Gaming, Brisk, Great Clips and MGM Resorts.

Sponsorships are a crucial aspect of the esports ecosystem. With the recent accession of personal partnerships, including Casagranda, to the NHL esports ecosystem, the scene has begun to follow in the footsteps of more popular, more established, and thus more lucrative, esports partnerships.

In September, Bauer Hockey, a leading hockey apparel brand, announced a partnership with Andrew “Nasher” Telfer, a prominent hockey content creator and NHL esports proponent. Telfer produces hockey and NHL gaming content on YouTube and Twitch, and has also served as an analyst on the broadcast of the Gaming World Championship.

“Nasher reflects the diversity of this hockey experience, including online, on-ice, street and roller hockey,” Ricky Hildebrand, Bauer’s digital marketing manager, said in the company’s press release. “We’re proud to be the first hockey equipment company to partner with a world-class digital influencer and gamer and add Nasher to our Bauer team.”

While Telfer’s deal is important for NHL esports as a whole, Casagranda’s signing marks an important progression in continuing to merge the amateur NHL esports scene with the NHL’s teams and league as a whole.

“We believe that we're signing the top NHL 20 player in the world and the perfect representative to help spearhead the professionalization of NHL esports for the community,” Andrew McNeill said. “JohnWayne has been one of the top performers at the first two NHL Gaming World Championships and is poised to compete for the title again in 2020. We couldn’t be happier to have him representing Caps Gaming in a new era for NHL esports.”

Casagranda finished as runner-up in the 2019 Gaming World Championship, winning $15,000 (USD) and notching arguably the upset of the tournament in a thrilling comeback against “Eki” Tammenpaa in the semifinals. He will stream on the Caps Gaming Twitch channel from mid-November through June.

“I want to take this opportunity to thank the Washington Capitals organization for bringing me in as an ambassador for this venture into NHL esports,” Casagranda told TSN.ca. “I cannot wait to get started and see where we can take the NHL esports scene.”

The Capitals, and the league as a whole, are hoping he can help take NHL esports far.