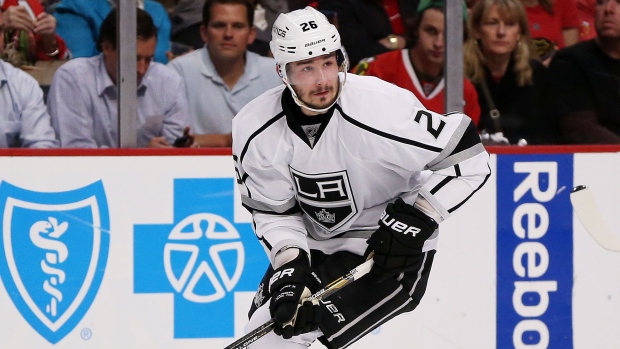 NEW YORK, N.Y. - The NHL has fined the Los Angeles Kings US$100,000 for violating the terms of Slava Voynov's suspension.

Voynov skated with teammates during an optional practice Tuesday, which is against the rules.

"Such activity is in direct contravention of the terms of the suspension levied Oct. 20, which permit Mr. Voynov to use club facilities and work with team personnel but prohibit his participation in any team-related functions or activities," the league said in a statement.

Voynov has been suspended with pay since Oct. 20, when he was arrested for domestic abuse.

The 24-year-old Russian defenceman on Monday pleaded not guilty to a felony charge of domestic abuse against his wife.

Though he continues to receive pay, Voynov's $4.167-million salary was taken off the Kings' cap Nov. 21 to provide the strapped team with some relief.