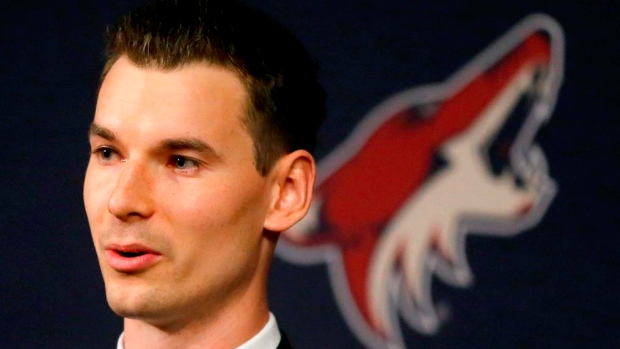 According to TSN Hockey Insider Darren Dreger, the NHL is looking into alleged recruiting violations by the Arizona Coyotes regarding draft-eligible players.

"Now the OHL, the Western Hockey League, and the QMJHL all sent out emails to their respective junior teams asking that any contact be reported. Now according to sources, multiple teams have returned to say, "Yes, there has been contact."

"It is clearly defined by the National Hockey League that there cannot be any physical testing before the NHL combine. If guilt is established, and again it's an ongoing investigation, the Arizona Coyotes could face substantial fines – $250,000 or more per incident at the discretion of NHL commissioner Gary Bettman."

"We are aware of the reports," the Coyotes released in a statement later on Thursday. "We have discussed the matter with the NHL and we will have no further comment at this time.”

“We are aware of the reports. We have discussed the matter with the NHL and we will have no further comment at this time.” https://t.co/fMdlErMKn6

The Coyotes have one pick in the first three rounds of this year's draft after trading their first-rounder to the New Jersey Devils to acquire Taylor Hall last month and their third-rounder to Colorado for Carl Soderberg last summer.