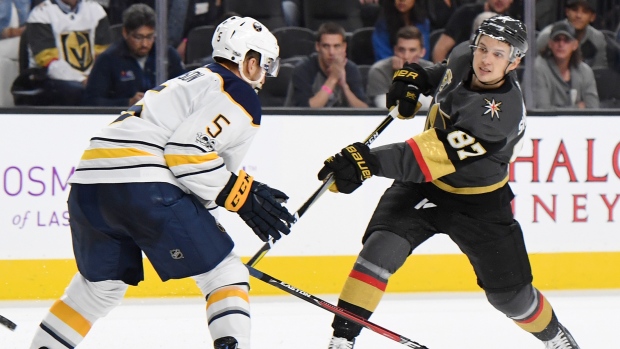 According to TSN Insider Pierre LeBrun, the NHL and NHLPA have an agreement in place for a solution to release forward Vadim Shipachyov from the Vegas Golden Knights.

LeBrun says nothing is official yet, but everything should be finalized by Monday and it is believed that voluntary retirement from the NHL is how Shipachyov will formalize his exit.

Golden Knights' management and Shipachyov's representatives have been trying to work out an exit strategy ever since the 30-year-old was assigned to the AHL on Oct. 24. The Golden Knights allowed Shipachyov's agent to shop the Russian forward to try and find an NHL trade partner without any luck.

Nothing papered or official yet, but NHL/NHLPA have agreed to a solution on the Vadim Shipachyov exit from the VGK. Should be done Monday

and it's believed voluntary retirement from the NHL is how Shipachyov will formalize his exit...

It has been a tumultuous few months in the NHL for the 30-year-old. After signing a two-year, $9 million contract this past offseason, Shipachyov was sent down to the Chicago Wolves, AHL affiliate of the Golden Knights, but returned to Russia on Oct. 29 and was subsequently suspended by the team.

He played limited minutes with the Golden Knights during his tenure, scoring one goal in three games before he was sent down to the the AHL for the second time.