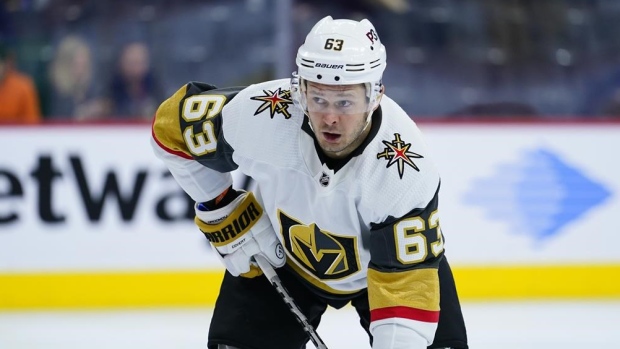 After voiding a trade that would have seen Evgenii Dadonov join the Anaheim Ducks from the Vegas Golden Knight this week, the NHL is expected to push for changes to the no-trade clause process, TSN Hockey Insider Pierre LeBrun said Thursday.

"Here’s the thing. A no-trade list is submitted solely between a player agent and the club. The league and the NHLPA do not keep track of a no-trade list. I think the NHL is going to push for a change where the league’s central registry, and maybe the Players Association, gets a copy of these no-trade lists. "

The Ducks acquired Dadonov and a second-round pick from the Golden Knights in exchange for defenceman John Moore and Ryan Kesler's contract prior to Monday's deadline. After the Ducks announced the trade, though, the league said it was investigating further due to an issue with Dadonov's no-trade list.

TSN Hockey Insider Darren Dreger reported at the time that neither team involved in the deal was aware that Anaheim was on Dadonov's list. The 33-year-old forward, who was traded to Vegas from the Ottawa Senators last summer, holds a 10-team no-trade clause in his contract. ​Dreger added that the no-trade list wasn’t presented in the original trade sending Dadonov to Vegas.

The NHL ultimately voided the trade, forcing the Golden Knights to explore other options on moving Dadonov and his $5 million cap hit through next season.

Acquired from Ottawa last summer for a third-round pick and defenceman Nick Holden, Dadonov has tallied 16 goals and 14 assists in 63 games with the Golden Knights this season. He had a goal and two assists in Thursday's 6-1 win over the Nashville Predators - his first game back in the lineup since the trade was cancelled.